A view of the Leaning Temple of Huma, in Sambalpur, Odisha. (Wikimedia)

MakaanIQ lists five temples in Odisha that stand as specimen of architectural marvel.

Built by King Narsimhandev-I of the Ganga dynasty in 13th century, the Sun Temple in Konark is declared a world heritage site by UNESCO. This temple, also known as Black Pagoda, was made according to the regional style, but with a little twist. The temple is shaped like a giant chariot dedicated to lord Surya (Sun). It has 24 large wheels, 12 on each side, representing 12 months of a year. At 200 meters, the Sun Temple was the highest than any temple in India. However, the tower was destroyed in an attack in 1568. 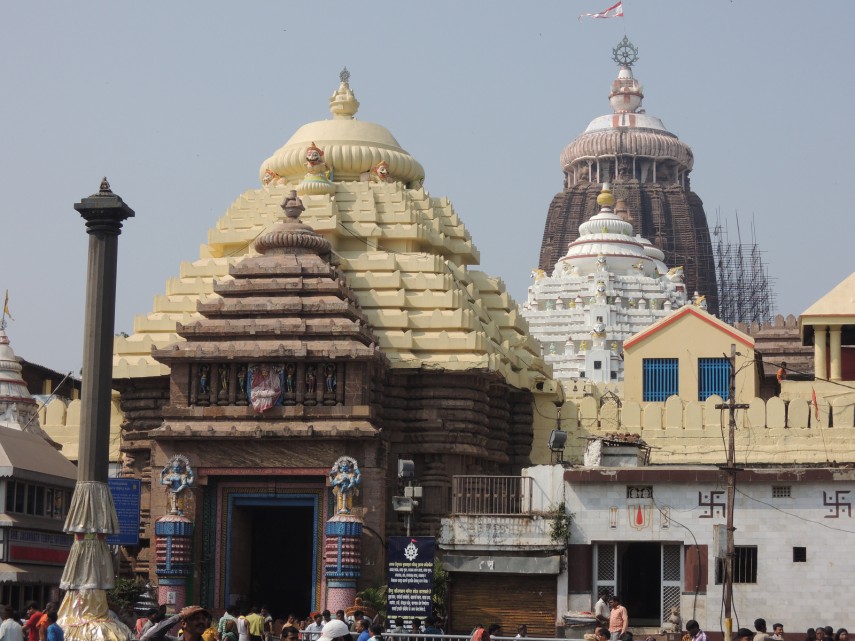 The architecture of the Jagannath Temple follows the pattern of many Orissan temples of the ancient period. The main tower rises above the inner sanctum where the deities reside. Subsidiary towers rise above ante-halls. The temple complex is surrounded by a wall, on each side of which is a gate, over which rises a pyramid-shaped roof. Being the largest temple in the state, it has a complex covering several square blocks with dozens of structures, including a mammoth kitchen. There is a wheel on top of the Temple, made of an alloy of eight metals. 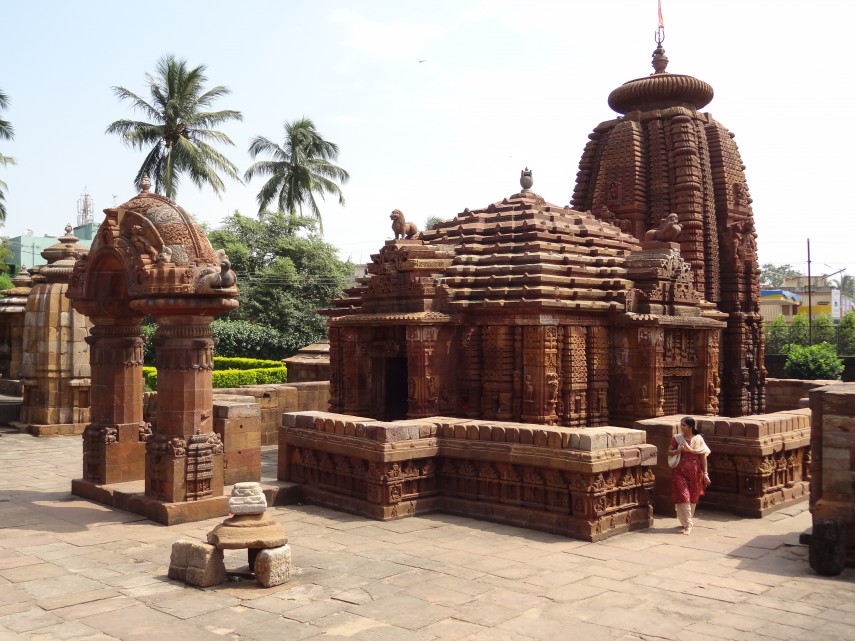 This small temple is 10.5 meter high. Every inch of its exterior is covered with intricate sculptures, depicting graceful figures in different. The elaborately carved stone arched gateway is an exquisite piece of architecture, exclusive to this temple. The ceiling of Hall of Audience has a beautiful canopy of an eight- petalled lotus with an icon sculpted on each petal. 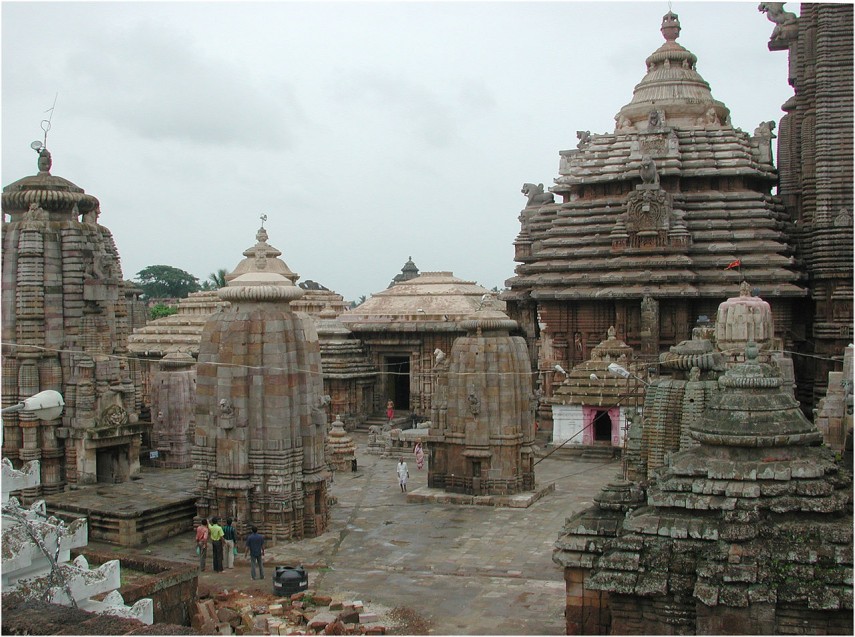 A 12th century temple, the Lingaraj Temple is considered to be a high point in the tradition of temple building in Odisha. It has a deula that rises to a height of about 150 feet.  The elegance of its surface treatment makes it one of the crowning achievements of the Kalinga style of architecture. 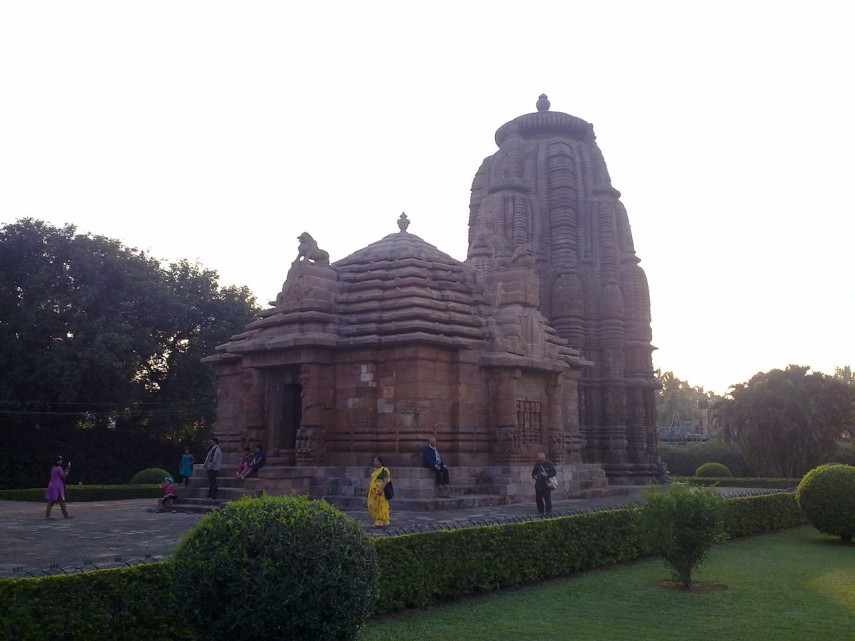