Paras Buildtech Group
An Overview:
Paras Buildtech Group, a Gurgaon based company, is presently one of the largest real estate conglomerates of India having an experience of the past ten years. Established in the year 2006, Paras Buildtech Group is mainly responsible for developing residential as well as commercial projects. The company is presently at the helm of eight projects of which six is under construction. The company abides by green building principles while developing each of its projects.
Unique Selling Point
Paras Buildtech Group has been providing state of the art service for almost the past ten years. It thrives to excel in the quality of the projects developed by it and also has diligently succeeded in winning the hearts of all its customers. It not only complies with the high standards of professionalism and business ethics but has also gone a step further to ensure environment and health safety. The company has been rewarded with a number of prestigious awards. They include Realty and More Awards for Paras Trade Centre, BCI Awards for Paras Dews, Estate Avenues Awards for Paras Quartier, Indian Realty Awards for Paras Quartier and WCRC Awards for Paras Quartier.
Landmark Projects
Of the numerous commercial projects helmed by Paras Buildtech Group for the past ten years, the notable ones include the Gurgaon based projects like Paras Trinity, Paras Trade Centre, Paras Twin Towers and Paras Downtown Centres.
Paras Twin Towers is located at Sector 54 in Gurgaon. Borne of advanced technology, Paras Twin Towers is one of the best commercial complexes in Gurgaon.
Of the numerous retail projects helmed by Paras Buildtech Group for the past ten years, the notable ones include the Pune based projects like Paras Downtown Square Mall. Paras Downtown Square Mall defines new boundaries of fashion, lifestyle and entertainment. Sprawled over a total area of 3,56,000 sq ft of space, Paras Downtown Square Mall is strategically located at Zirakpur, the Y-Junction of the Delhi-Chandigarh-Shimla highway.
Of the numerous residential projects helmed by Paras Buildtech Group for the past ten years, the notable ones include the Pune based projects like Paras Quartier, Paras Dews, Paras Irene, Paras Seasons, Paras Tierea and Paras Panorama.
Paras Quartier is a super luxury living location in Gurgaon. A 43 floored residential complex, Paras Quartier is sprawled over a total area of 10 acres. The project comes with spacious and luxurious 4 BHK apartments. The project comes with a number of luxurious amenities and conveniences as well, such as - en-suite bathrooms, cantilevered balconies off the living rooms and bedrooms among many others. The project is situated in close proximity to a number of reputed schools, restaurants, banks, ATMs, petrol pumps, hospitals, bus stations and train stations.
Key Technologies Used:
The Group makes use of state of the art engineering and construction technologies. Also it uses mainly environment friendly technologies to ensure health and environment safety. Type/Category of Projects:
Paras Buildtech Group offers projects that belong to the luxury and the semi luxury segments of the realty market.
END_OF_DOCUMENT_TOKEN_TO_BE_REPLACED
123 years
Experience
3
Ongoing projects
21
Past projects
home
Paras Buildtech
Under Construction Projects by Paras Buildtech
⋯
3

Under Construction Projects by Paras Buildtech 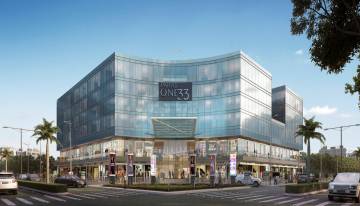 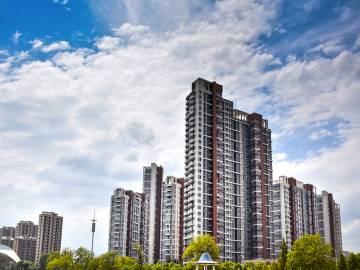 Makaan on the go

Your home search continues wherever you go, with makaan app
Download app