📲
Bling-Bling: 7 Structures Across The World That Shine In Gold

Bling-Bling: 7 Structures Across The World That Shine In Gold

We have talked about various kinds of architecture that have evolved with each passing phase. But, there is one trend that has never gone out of fashion — gold-covered or golden-coloured structures. Across the world, gold is seen as a sign of sheen and luxury and attractive to the human eye. Keeping this in mind, many structures, globally, have been given this look of luxury and class.

MakaaniQ lists seven structures that are known worldwide for their bling. Though not covered in pure gold, this structure in Paris is made of glass triangles coupled with gold-toned anodised aluminium. This structure looks like a wave of gold when viewed from the top. Designed by architects Mario Bellini and Rudy Ricciotti in 2012, this museum houses more than 2,500 works of art.

Dome of the Rock, Jerusalem 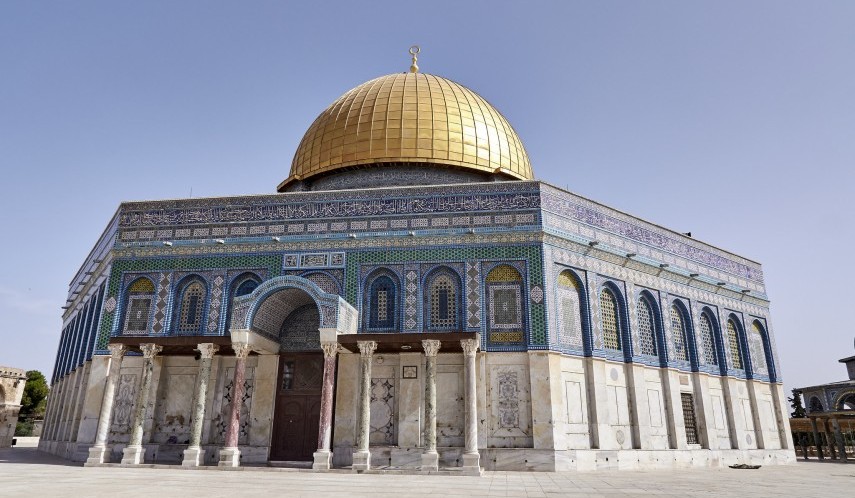 A shrine located on the Temple Mount in the Old City of Jerusalem, the Dome of the Rock has a gold-plated roof. This roof was first added between 1959-1961 and later in 1993. Before 1959, the dome was covered in blackened lead and during the restoration in 1959-1962, the lead dome was replaced by aluminum-bronze plates covered with gold leaf. In 1993, this structure was again given a golden cover, following a donation of $8.2 million by King Hussein of Jordan.

Talking about golden structure, we couldn't miss Sri Harmandar Sahib in Amritsar. It is popularly known as the Golden Temple given its gold-covered dome. It was covered in gold by Maharaja Ranjit Singh, a major donor, in the 19th century. A religious place for the Sikhs, it is a beauty to behold as the structure sits in the middle of a lake or sarovar. 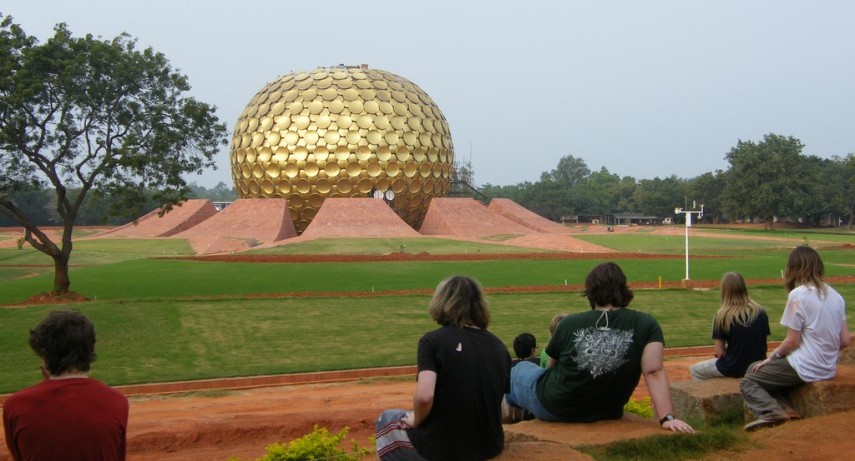 Constructed in the city of Auroville, this is a yoga centre initiated by The Mother of the Sri Aurobindo Ashram. Called the soul of the city, a Geodesic dome, it is covered in golden discs that reflect sunlight. This structure took 37 years to build, the foundation-stone of which was laid in 1971. 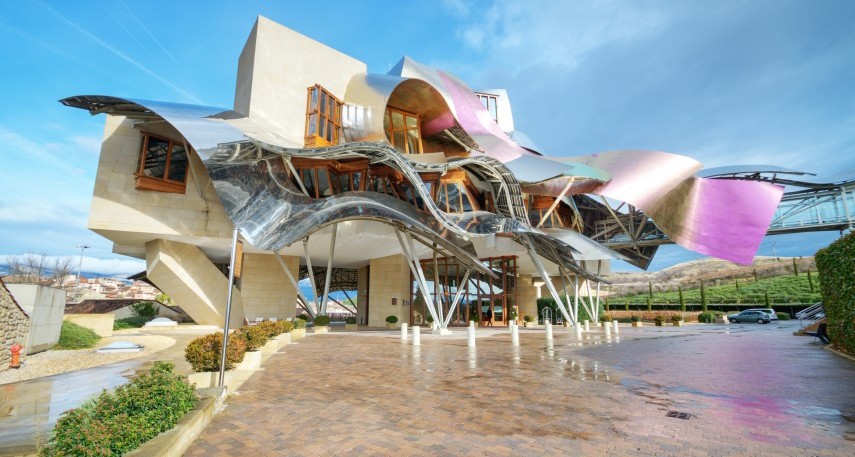 A luxury property in Elciego city of Spain, the hotel was designed by Frank Gehry. The most striking feature of this hotel is its fluid architecture made of titanium sheets coloured in gold, silver and purple. Completed in 2006, this structure was created to revitalise the winery constructed in 1858. 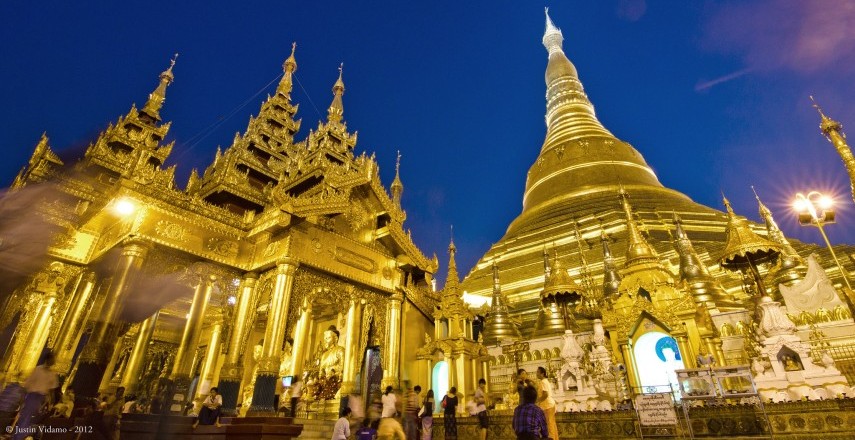 Also known as Golden Pagoda and rightly so, this structure is covered with genuine gold plates. These plates are placed on the brick structure and attached by traditional rivets. This gold has been gifted by people all across the country and also by the monarchs and still do so to maintain the structure. Interestingly, not just the top but also the base of this stupa is covered with gold plates. Along with gold, the stupa also is encrusted with 5,448 diamonds and 2,317 rubies. The very top of the pagoda is studded with a 76-carat diamond. 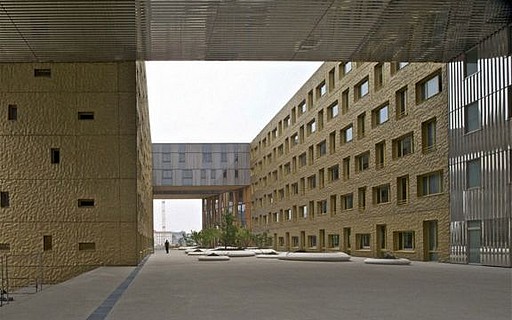 Located in the city of Lyon, the Monolithe is a unique structure which is a mix of residential and commercial set-up. Built in 2010, the complex has five sections, each designed by different architects. The golden part of the structure was designed by ECDM's Emmanuel Combarel and Dominique Marrec. It is covered with a concrete façade coloured in warm gold, designed in a manner that it looks pixelated at the time sunlight falls on it.

5 Abandoned Buildings That Were Given A Majestic Makeover

Dear Homebuyers Don't Wait For The Fall; The Spring Is Here

You Would Wish Your Home Was Here

7 Interesting Facts About Sahara-Owned The Plaza

7 Interesting Facts About Sahara-Owned The Plaza

India Wants To Implement Paris Climate Deal. Are You Game?