📲
5 Green Buildings That Will Amaze You

Conventionally designing a building has been about two factors: design and stability. But with climate change a reality and pollution norms becoming more and more stringent, architects, engineers and builders are now focusing increasingly on green construction.

Here are some of the world's top green buildings, some of which have been given platinum and gold ratings by LEED: 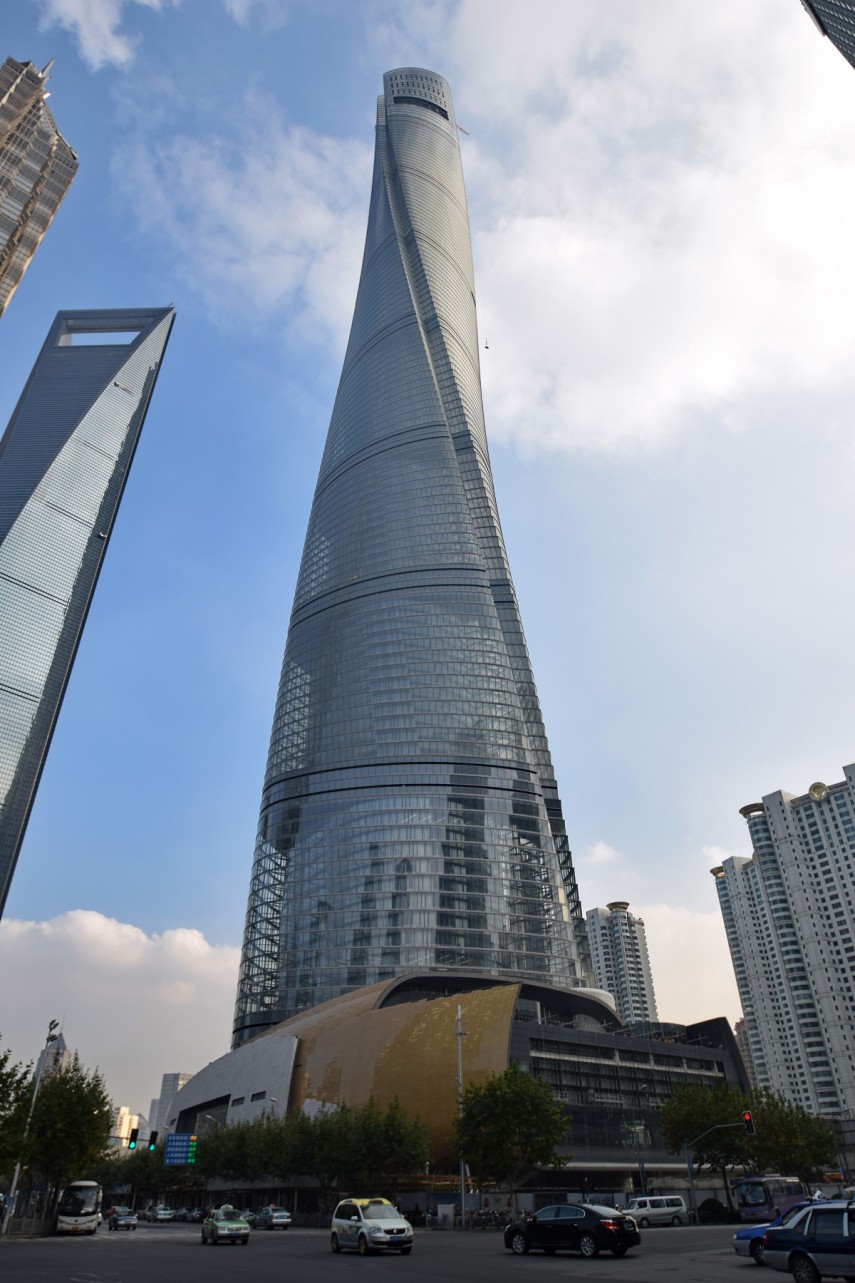 It is world's second tallest tower after Dubai's Burj Khalifa which stands at 828mts. Once completed, Shanghai Tower at 632-metre will be a green mixed-use commercial tower. The tower is designed by American architectural firm Gensler led by Chinese architect Jun Xia and owned by Shanghai city government.  The tower is shaped like cylinders stacked one upon another. All of the 121 floors are encased in the inner layer of the glass façade. The building has won awards from the China Green Building Committee and the U.S. Green Building Council for the building's sustainable design. The tower incorporates numerous green architectural elements. The glass façade is not straight; it is twisted at 120 degrees to reduce the wind load. The design reduced the use of structural steel by 25 per cent. Even though the building will use power from a conventional source, the wind turbines at the top of the tower are capable of producing 350,000 kWh of power. The double layered glass façade was designed to provide insulation and reduce the need of air-conditioning. The heating and cooling systems use geothermal energy source. 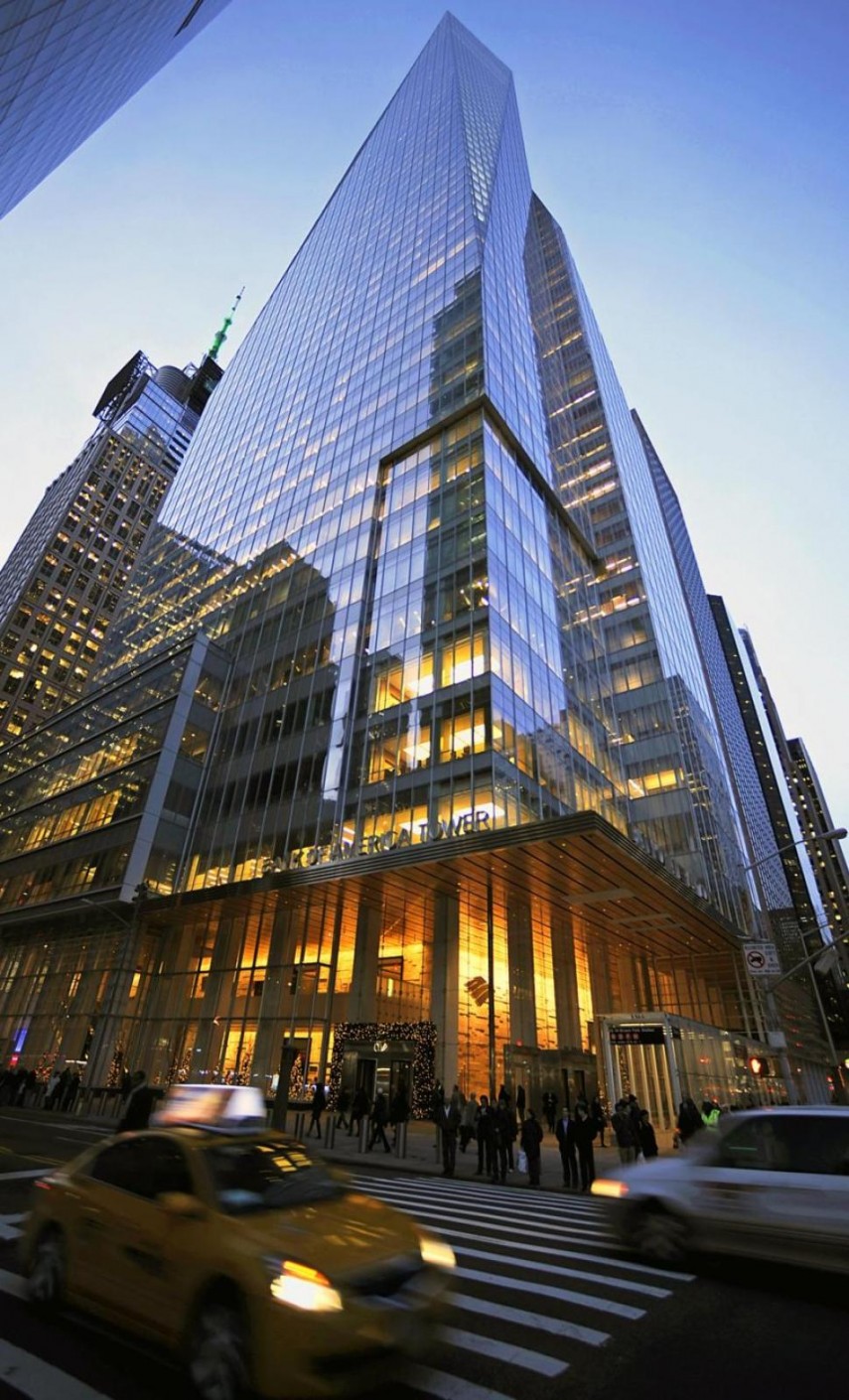 It is the first 55 story skyscraper to achieve Platinum LEED certification. Located in the Midtown area of Manhattan in New York, it is the greenest office building in the US. The building was designed by COOKFOX Architects. The skyscraper has floor to ceiling glazed insulation to maintain heat and natural sunlight and automatic light dimming. It has greywater system which utilises rainwater. The concrete used in the construction of the building is 55 per cent cement and 45 per cent slag. It has carbon dioxide sensors which signal when the level of carbon dioxide increases. 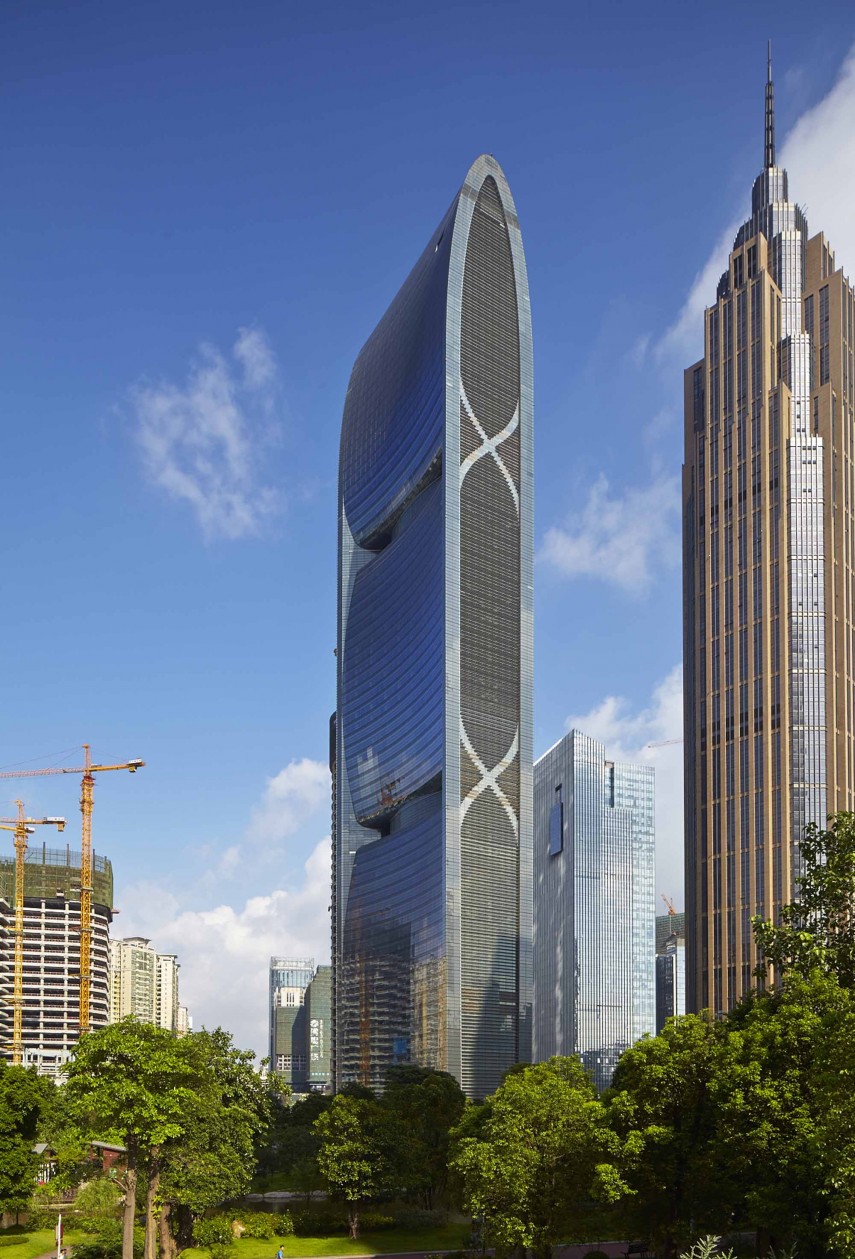 Completed in the year 2012, in Guangzhou, 750 miles south-west of Shanghai is the Pearl River Tower. The building was designed keeping conservation of energy in mind. The green features of the building include solar collectors, photovoltaic cells, under floor air distribution, and radiant heating and cooling ceilings making it the most environment-friendly building in the world. 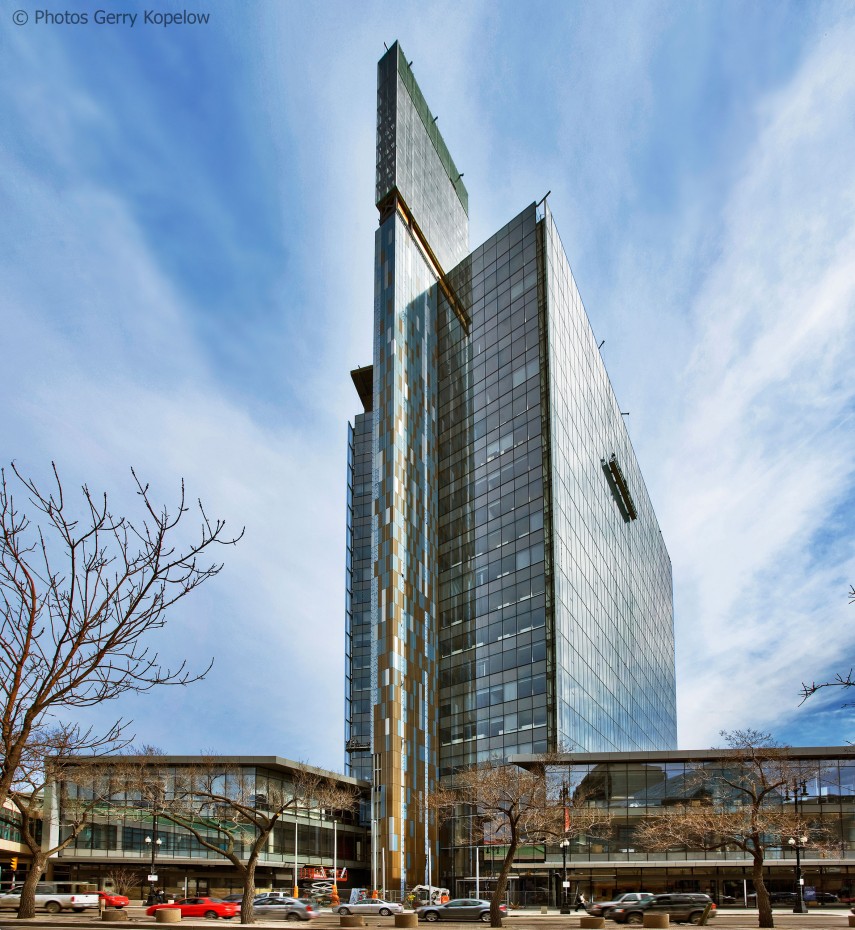 Manitoba Hydro Place is the headquarter building of Manitoba Hydro. It is located in Manitoba province in Winnipeg, Canada. The 21-storeyed tower's a bioclimatic and energy efficient design features, solar chimney, geothermal HVAC and a one meter wide double exterior wall with motorised vents that adjust the exterior of the building throughout the day and evening. All the components combined, save up to 70 per cent of energy. The building has also been received LEED Platinum certification. 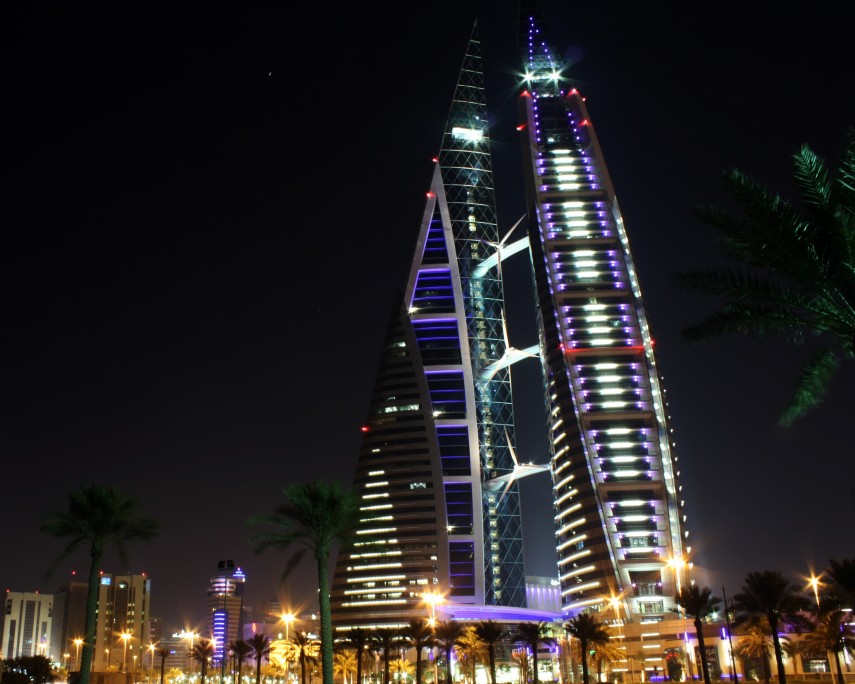 Second highest tower in Bahrain after the twin towers of the Bahrain Financial Harbour, the 50-storey skyscraper, Bahrain World Trade Center stands at 787 ft tall. The structure was built in the year 2008 designed by the architectural firm Atkins. The world trade centre is the first building to integrate wind turbines to its design. The sail-shaped building is designed to funnel air through the space provided to provide accelerated wind to the turbines. The building created an S-shaped airflow which ensured that wind coming towards the central axis at 45-degree angle would create a wind stream which would be perpendicular to the turbines. This would significantly increase the capacity of the wind turbines to generate electricity. The wind turbines are designed to provide 11 to 15 per cent of the total power consumption of the building which is approximately 1.1to 1.3 GW per hour. The amount of power is equivalent to lighting up 300 homes, 258 hospitals, 17 industrial plants, and 33 car engines. The building has been awarded The 2006 LEAF Award for Best Use of Technology within a Large Scheme and The Arab Construction World for Sustainable Design Award, for sustainability.