📲
5 Beautiful Concrete Buildings In The World

5 Beautiful Concrete Buildings In The World

Architectural designs never fail to mesmerise us with their beauty, gradeur and uniqueness. Just saw the world's most beautiful building, well there will be another right around the corner to surprise you.

Some such structures that have mesmerised are made completely from concrete. And today MakaaniQ takes you on a virtual tour of some of the most beautiful concrete buildings around the world: Unité d'Habitation is one of the finest architectures made of concrete. Located at Marseille in France, the building was built between 1947 and 1952 and is considered as one of the significant Brutalist buildings in the world. The residential housing building was developed by Le Corbusier. Currently, the building has 337 apartments, a hotel, a rooftop art programme and two shopping galleries. The National Museum of Brazil was designed by Brazilian architect Oscar Niemeyer. The design of the building resembles a planet embedded in the ground. The other half of the sphere is created by a reflection in an adjacent pool. Also known as Yale Art and Architecture Building or the A & A Building, Rudolph Hall is one of the finest examples of Brutalist architecture in the US. The building, which also houses Yale University's School of Architecture, is located at New Haven in Connecticut. The block-like hammered exterior of the building includes 37 levels spread over nine. 98 Portuguese National Pavilion is situated at the mouth of Tagus River in Lisbon, Portugal. The building is designed by Alvaro Siza, who adjusted a sheet of concrete in a way as it is placed between two rectangular blocks. The building was built in 1998 to be the thematic centrepiece of the festival and host of the country's national pavilion. 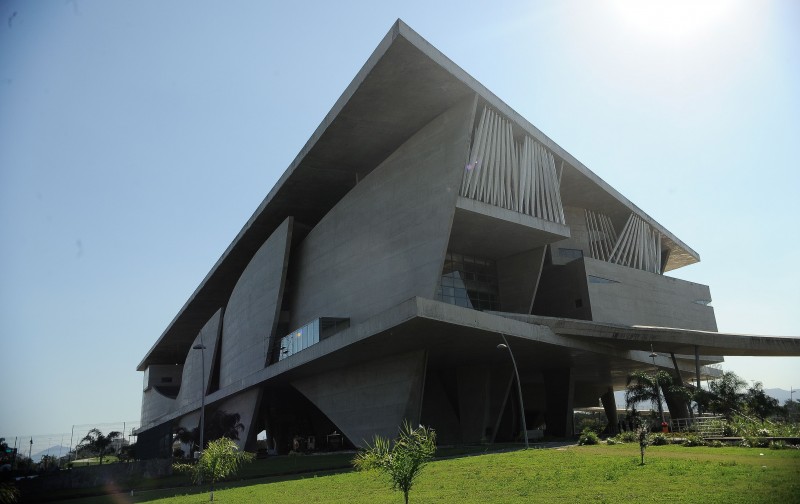 The Cidade das Artes is a cultural complex located at Rio de Janeiro in Brazil. The building was designed by Pritzker Prize winner French architect, Christian de Portzamparc and was inaugurated in 2013. The building has curvilinear concrete walls which create an interplay between empty space and voluminous shape.

Ahead Of The Curve: 7 Iconic Circular Buildings Around the World

9 Unusual Buildings Around the World

9 Interesting Ceiling Ideas For Your Home

Why Is Neuroarchitecture Trending?

All You Need To Know About KCR's New Home

Ideas For Doors To Open Your House To The Backyard