Delhi, the capital city of India, is known for its monuments of historic and national importance, and temples that showcase its cultural heritage. A perfect mix of modern and vintage architecture, the city is also known for its green cover. With its many small and big parks, Delhi offers a space for residents to spend some time in the company of nature. 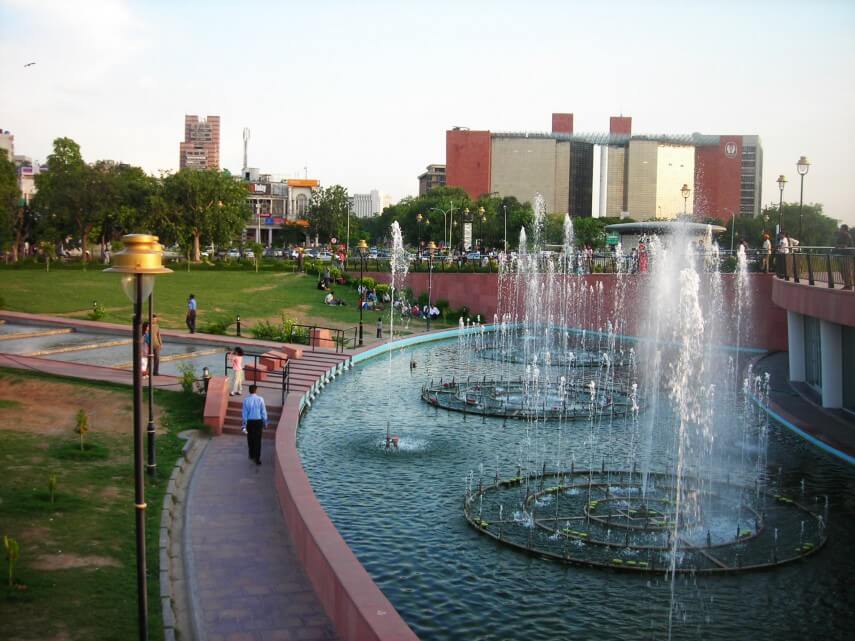 Central Park is one of the most famous parks in Delhi. Situated right above the Rajiv Chowk Metro Station at Connaught Place, this park hosts many cultural events. It is also witness to Raahgiri, a public event that takes place every Sunday at Connaught Place. The park sprawls over 41,500 square metres (sq m), with beautiful trees, shrubs and seasonal flowers.

The park has an amphitheater with a seating arrangement for more than 350 people. And there are four water bodies, including a cascade. The most striking feature of this park is the country's highest Indian national flag (207 ft). This flag, a sight to behold, stands right in the center of the park and can be seen even from far off. 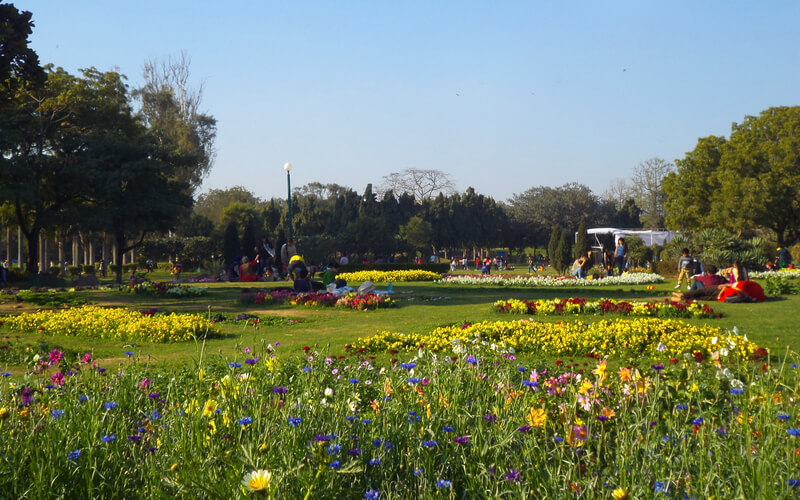 Located on the main Panchsheel Road, near Chanakyapuri Diplomatic Enclave, Nehru Park is one of the oldest parks in the capital. Spread across about 80 acres, the park exhibits a wide collection of flowers and little rocks inscribed with quotes of Jawahar Lal Nehru, the first prime minister of India.

Every Sunday, for two hours, the park hosts a musical concert famous as the Morning Ragas. These weekly concerts have performances by some of the distinguished vocalists and world-class musicians. Apart from that, the park is a hit among families as a picnic spot. 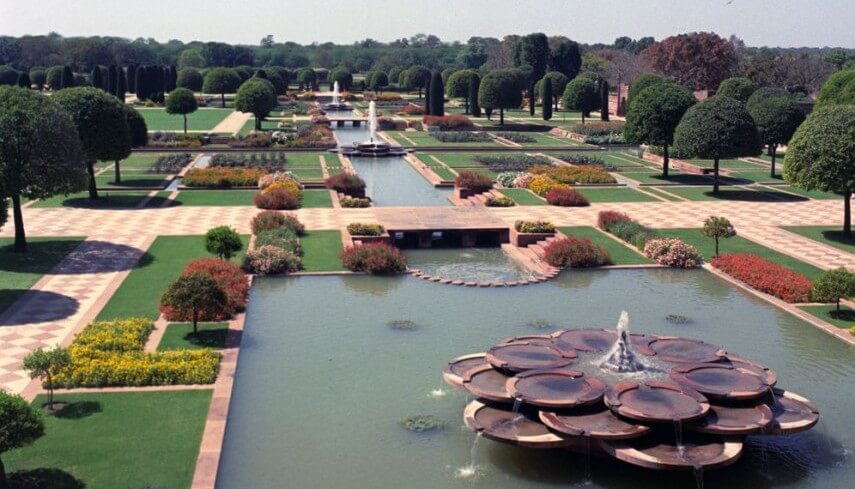 (Wikipedia)
Located in the premises of the Rashtrapati Bhavan on Rajpath, the Mughal Gardens are some of the most historically significant gardens in Delhi. These are a group of beautiful gardens built by the Mughals in an Islamic style of architecture. Spread over an area of 13 acres, Mughal Gardens are one of the top attractions in the city. These gardens are open for public from February to March every year, except on Mondays. You could visit this place to see a wide variety of flowers that blossom in that season.
Lodhi Garden 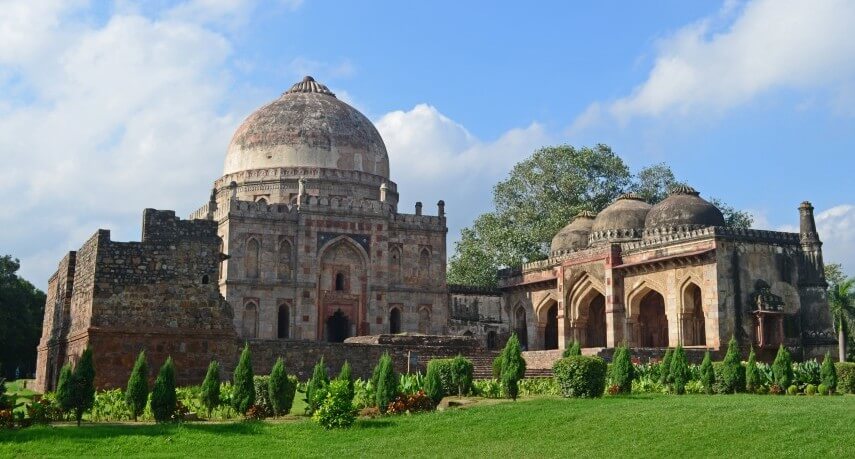 (Wikipedia)
Built during the 15th and 16th century by Sayyid and Lodhi rulers, Lodhi Garden holds a historical importance as well. A mix of historical monuments and a green spread, the lush garden is located beside the India International Center. The garden is well-kept and is famous for group get-togethers, photowalks and even exercise sessions taken by trainers. The historical monuments here include Bara Gumbad and Sheesh Gumbad at the centre of the garden. These monuments showcase the architectural excellence of that era. 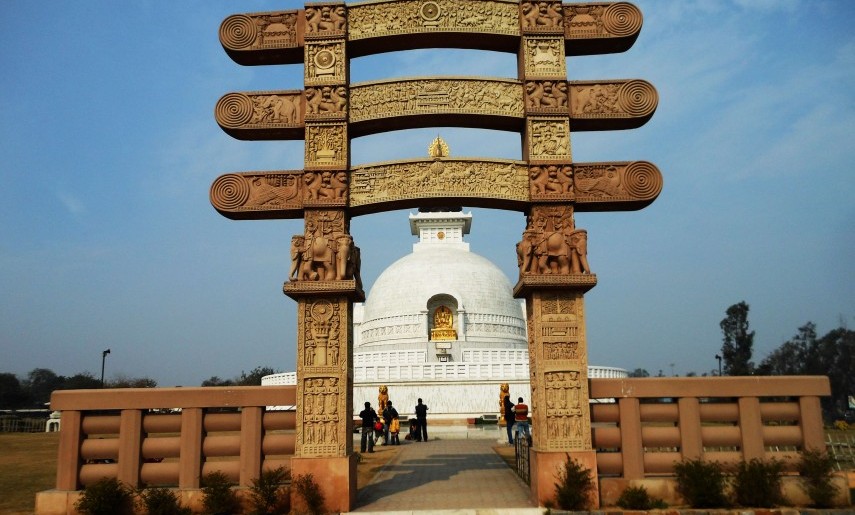 The park exhibits lush green gardens with beautiful flowers all around. With ample parking space and a special playing zone for children, Millennium Park remains one of the most frequented parks in Delhi. 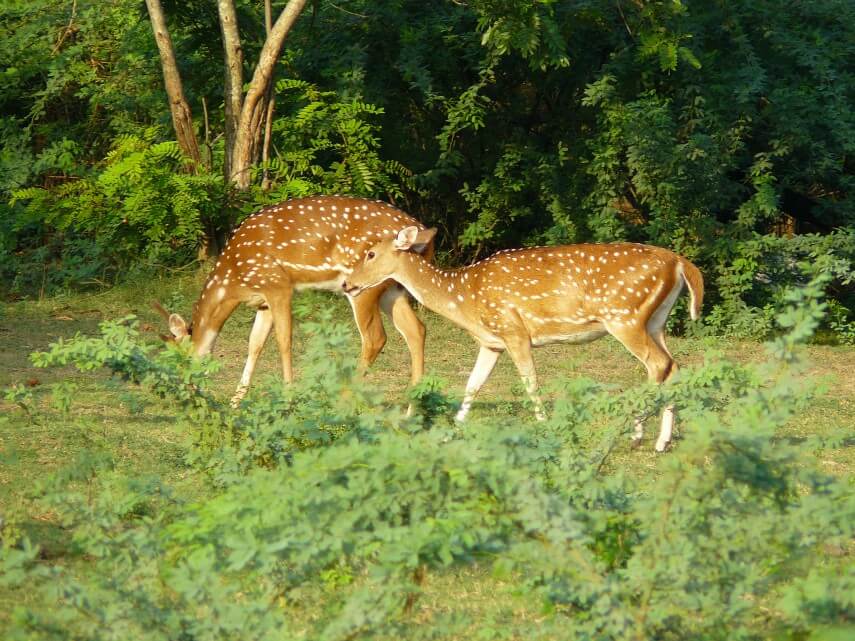 Located in Hauz Khas, Deer Park is an animal lover's paradise. A great place for joggers and those who love their morning walks and exercise, the park has beautifully trimmed grass and lush green lawns.

It has a beautiful pond, which adds to the beauty. As the name suggests, the park is dominated by spotted deer. You could also find other animals like guinea pigs, rabbits, and a large variety of birds. 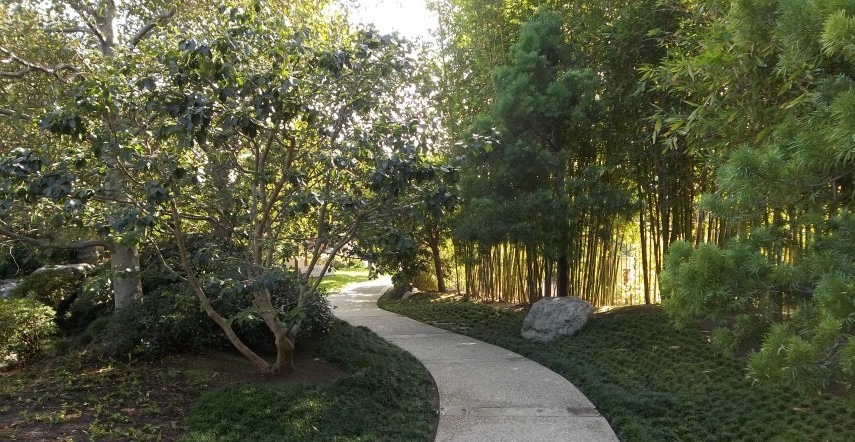 Japanese Park tops the list of families that love to go for picnics. Ideally, the best time to visit the park is either in the morning or late in the evening. You could enjoy the capital's pleasant weather and, if you are lucky enough, you might even spot a few egrets and storks beside the lake.