📲
Indian developers do not get any substantial benefits

Indian developers do not get any substantial benefits 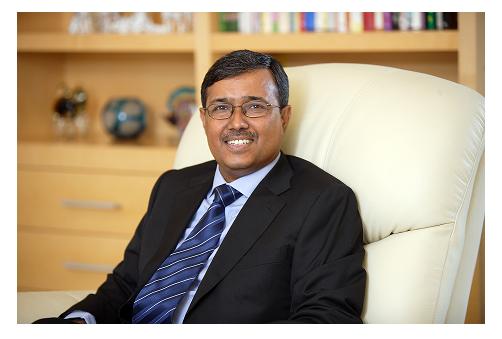 Mr. J. C. Sharma, V.C. & M.D, Sobha Developers has over 25 years of experience in diversified industries such as automobiles, textiles, steel and real estate in the areas of Finance and Management. He has been associated with Sobha since June 2001 and currently bears overall responsibility for finances, land acquisition and legal functions.

MakaanIQ got an opportunity to interact with Mr. Sharma. In this brief interaction he shares what is in store for the realty sector in the coming few years….

1. What is your medium term (9-12 months) outlook for the real estate market in India in general and South India in particular?

Inflationary pressures, high input costs and the challenging macro economic environment are some of the key issued faced by the real estate sector in India. In this scenario, we believe that, barring some markets, the demand in general for real estate should be better than the preceding years.

As far as south India is concerned, owing to its higher rate of urbanisation, the market will continue to be alluring and robust.

2. How is real estate in South India different from rest of the country specially North and West markets?

Southern states comprise 20% of the country’s population with more than 25% contribution to the all-India GDP. Its advantages in economic and social development indices like better literacy and more and more jobs being created give it the potential to sustain accelerated demand.

The IT sector has been a key contributor of India’s growth story. It has created millions of new jobs in southern cities. Even today, the sector employs over 10 million people directly and 25 million employees indirectly. And, most of these employees would like to settle in cities like Bangalore, Chennai, Hyderabad thus increasing the demand dynamics in the south. Even at Sobha, 40 per cent of our customer base comprises IT and ITes professionals.

3. What is your opinion on Luxury or Public Housing? As a developer, which is more sustainable?

If we look at the public housing model in Singapore or Hongkong, the government has provided functional homes for about 80% of the population, thus catering to the home needs of a majority of the people who can’t afford houses. And, the developers there sell houses, which cost three to four times higher than the price of the government allotted houses.

But in India, the developers don’t get any substantial benefits. They have to bear with the increasing input costs and face delays in plan approvals. Although some players have built a business model for affordable housing at distant locations, it may not fulfil India’s burgeoning housing demand. There is a shortage of close to 30 million housing units in our country today.

With the limited capital that developers have, they built houses that target the middle and upper middle class population, which has easy access to loans. This way, they aim towards sustainable development.

4. Having so many projects completed in South India, which of the south Indian cities do you think home buyers should opt for a property purely from Investment purpose?

For investment purposes a buyer should look at Bangalore, Chennai, Hyderabad and Kochi; in that order.

Bangalore first because is one of the most reasonable markets from the property cost point of view. It has grown the maximum in the last decade and real estate investment in the city should help people not only protect their capital but also make it grow.

The infrastructure in Chennai is good and the city also has a good manufacturing and IT base. But the prices are high.

Hyderabad is very viable because the infrastructure is world-class and the prices are also reasonable. Another emerging investment destination is Kochi, due to the proactive and investor-friendly stance the current government has taken.

5. The number of unsold inventory is increasing in cities like Bangalore, what could be the reason behind this? Just the soaring property prices or any other factor attributing to it?

In our view, as far as the residential housing is concerned, there is only a limited inventory of finished products.

6. What policies you look forward to from the Government and RBI that will be a relief to home buyers across India?

The government should provide incentives to the developers and help them with key initiatives like faster plan approval and clearing of land titles.

As far as the RBI concerned, the reduction of interest rates will be a positive sign. If the interest rates are less than 10 per cent, then it will prove to be a catalyst for realty growth in India.

7. What is the current trend in the Commercial Real Estate Market? How are developers meeting the increasing demand of the corporate sector? Which are the upcoming corporate bases?

8. What can the home buyer’s expect from Sobha over next 1-2 years?

Sobha has about eight to 10 launches lined up for this financial year.

Sobha Morzaria Grandeur, which is located just 200 meters from the famous Dairy Circle on Bannerghatta Road, is our latest offering. The 3 and 4 BHK super luxury plus apartments, which are spread over 2.8 acres, are an architectural marvel with a pleasing elevation and features such as a clubhouse on the top floor and a terrace pool kissing the skyline of Bangalore.

In Thrissur, Sobha has just launched a new project, Sobha Jade, comprising super-luxury apartments which have a total SBA of 497,090 sft.