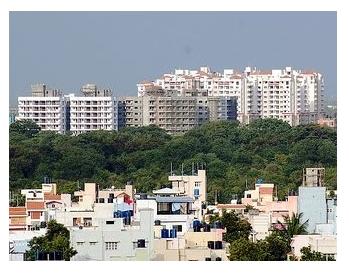 Recent Economic and Investment policies are triggering growth in all the sectors of Indian Economy especially. Metros or the Tier I cities are the ones that are inundated with burgeoning investments in the industrial and the services sector. These large-scale investments have made the realty sector dynamic, with plenty of challenging projects. This rapid growth lead to unplanned development that has made the cities congested with residential and commercial properties. This congestion in realty structures has forced the respective governments and many investment companies to seek out for alternative smaller cities leading to a demand for Tier II and III cities. The prefered ones being Nasik, Nagpur, Chandigarh, Indore, Jaipur, Kochi and Ludhiana.

Indian Real Estate sector is now expanding to Tier II and III cities. It is matured and is creating new avenues for its development in these areas. Considering the recent situation, developers in India are introducing significant changes in the formats of construction, services and customized solutions for home buyers.

With the current situation in the residential real estate market in Tier I cities like as Mumbai and Delhi NCR (National Capital Region), increasingly buyers have started looking out for alternate prominent options in Tier II/III cities for investment. These cities are developing in a well-planned manner, wider infrastructure, open spaces and much greener areas unlike other congested metros.

Besides residential establishments, equivalent demand for commercial property is also witnessing steep demand. Indian retail establishments and retail chains up shops in these small towns and cities owing to the increasing demand for such lifestyle. Malls are also erected in these cities.

Developers also find such places as the most lucrative option for construction as the return on investment is way higher in these cities compared to metros and construction time is less. Returns here are stable and much better than metros over the long-term. Labour is comparatively cheaper . Also there are no speculative elements in tier ll and tier III cities unlike metro cities which make the markets safer. The yield rate in Tier ll and Tier III cities is much higher.

Home Sutra: Where Should You Keep That Money Plant?

How To Claim Tax Exemptions On Multiple Home Loans?

Are You A Landlord? These Are Your Legal Rights